On a recommendation from our (highly recommended) Airbnb host, we walked towards Dublin city center from our flat in the suburban Rathgar neighborhood to a newish bar called The Bowery. â€œRock & Rum bar in an old ship!â€ the description shouted. They had me at Rock & Rum, but the “old ship” aspect raised my curiosity.

The Bowery didnâ€™t disappoint. The space opens up into what literally feels like being inside an old pirate ship, but not in the Disney sense. The bar’s port holes are from Irish Naval auxiliary ship L.E. Setanta, decommissioned in 1980. The Bowery’s floorboards were brought in from the demolished Bolandâ€™s Mill in Ringsend, and the wood paneling is from the former Little Sisters of the Poor convent. 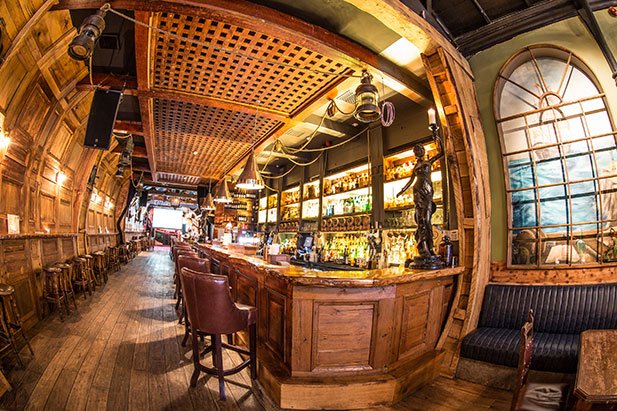 It turned out every Tuesday is open mike night for poets and musicians. My husband Brad, a musician &Â poet and never shy about leaping onto a stage, quickly found a guitar to borrow from a sweet Dubliner named Ron.

Ron performed a song heâ€™d written after a sniper terrorized Washington, D.C. “It’s the end of another American dream….” goes the haunting refrain.

Brad took the stage after a poem or two and referenced the stinking pile that is the current U.S. Administration. â€œI think the Irish might appreciate the metaphor,â€ he said. â€œAnybody know Louden Wainwright?â€ A couple of shouts went up from the small crowd. Brad then launched into Wainwrightâ€™s â€œDead Skunk in the Middle of the Road.â€

While Brad was setting up, Ron said he was sorry about the disturbing state of affairs in the U.S. 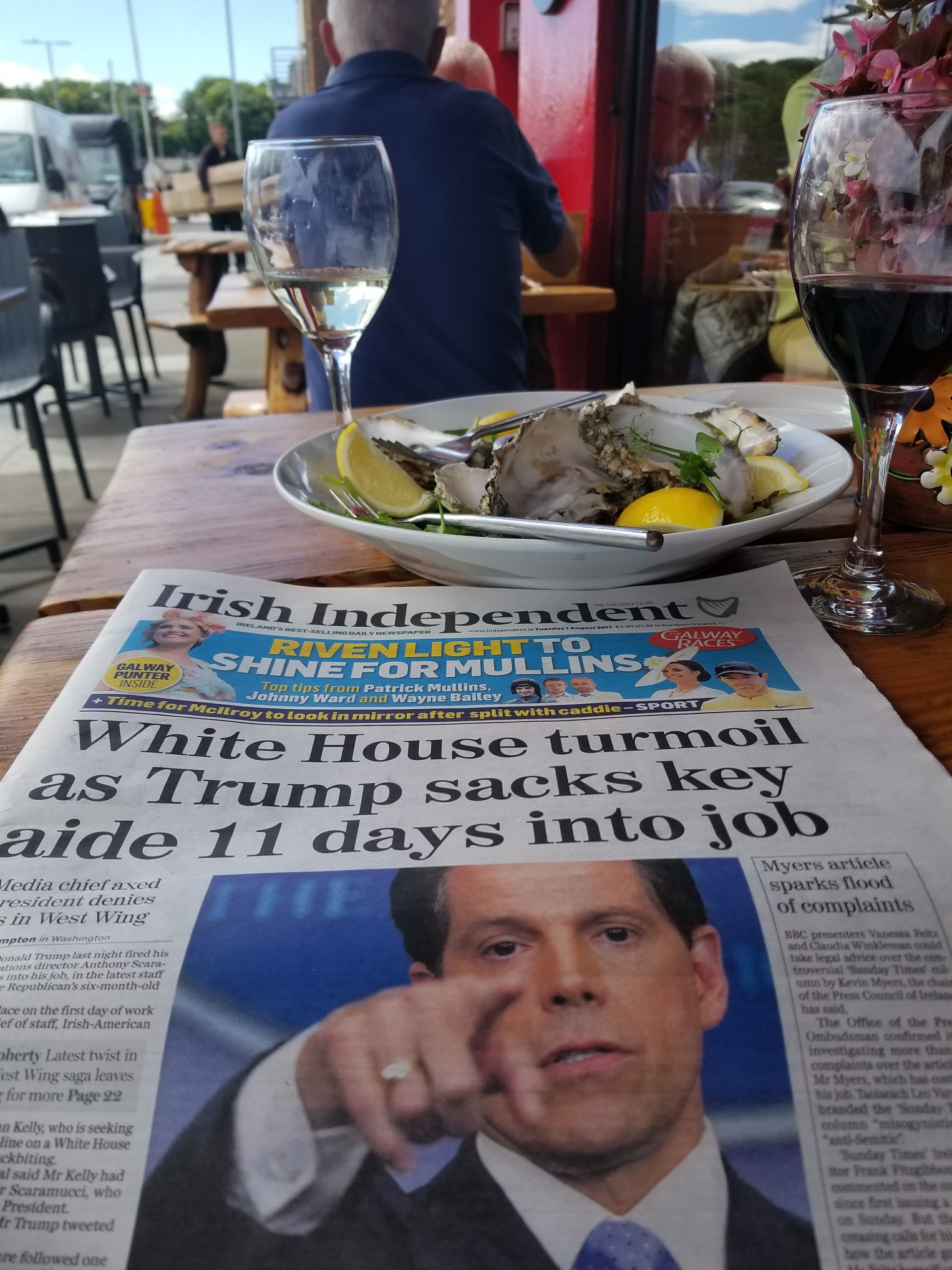 Itâ€™s easy to forget, in our American bubble, that the world really is watching. 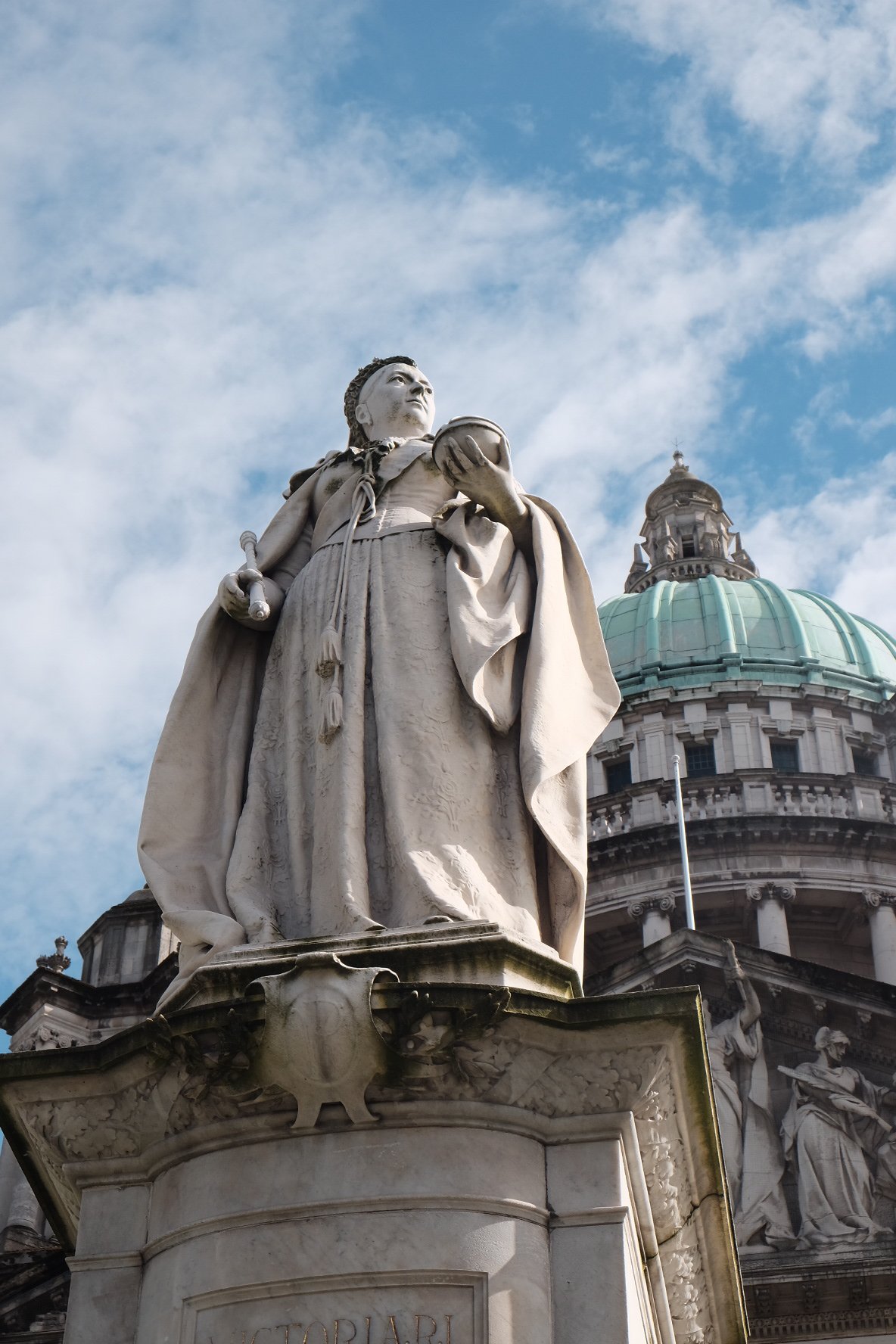 People around the globe look to the U.S. for stability and leadership. Sure, we have a deeply mixed history, but in general, theyâ€™re looking to the past for a remembrance of hope and to the future for a glimmer of hope. The Irish, for example, havenâ€™t forgotten that America was one country that took millions of starving immigrants during the great famine of 1845-1852. Here’s brief lesson about that bitter time inÂ History: “As the crisis grew, British relief efforts only made things worse: The emergency importation of grain failed to prevent further deaths due to Irelandâ€™s lack of working mills to process the food; absentee British landlords evicted thousands of starving peasants when they were unable to pay rent; and a series of workhouses and charity homes established to care for the most vulnerable were poorly managed, becoming squalid centers of disease and death….”

When we left the bar, Ron gave me a big hug. And on our way out the door, a couple of tough-looking locals gave Brad kudos for his performance.

We went to all of Dublinâ€™s must-see sights around town as one must do when experiencing a place for the first time, from Grafton Street & Temple Bar to Trinity College, St. Patrickâ€™s Cathedral and Dublin Castle. We ate all the fish & chips and seafood stew we could stuff ourselves with at ancient pubs like The Bleeding Horse & the Celtic Bar. 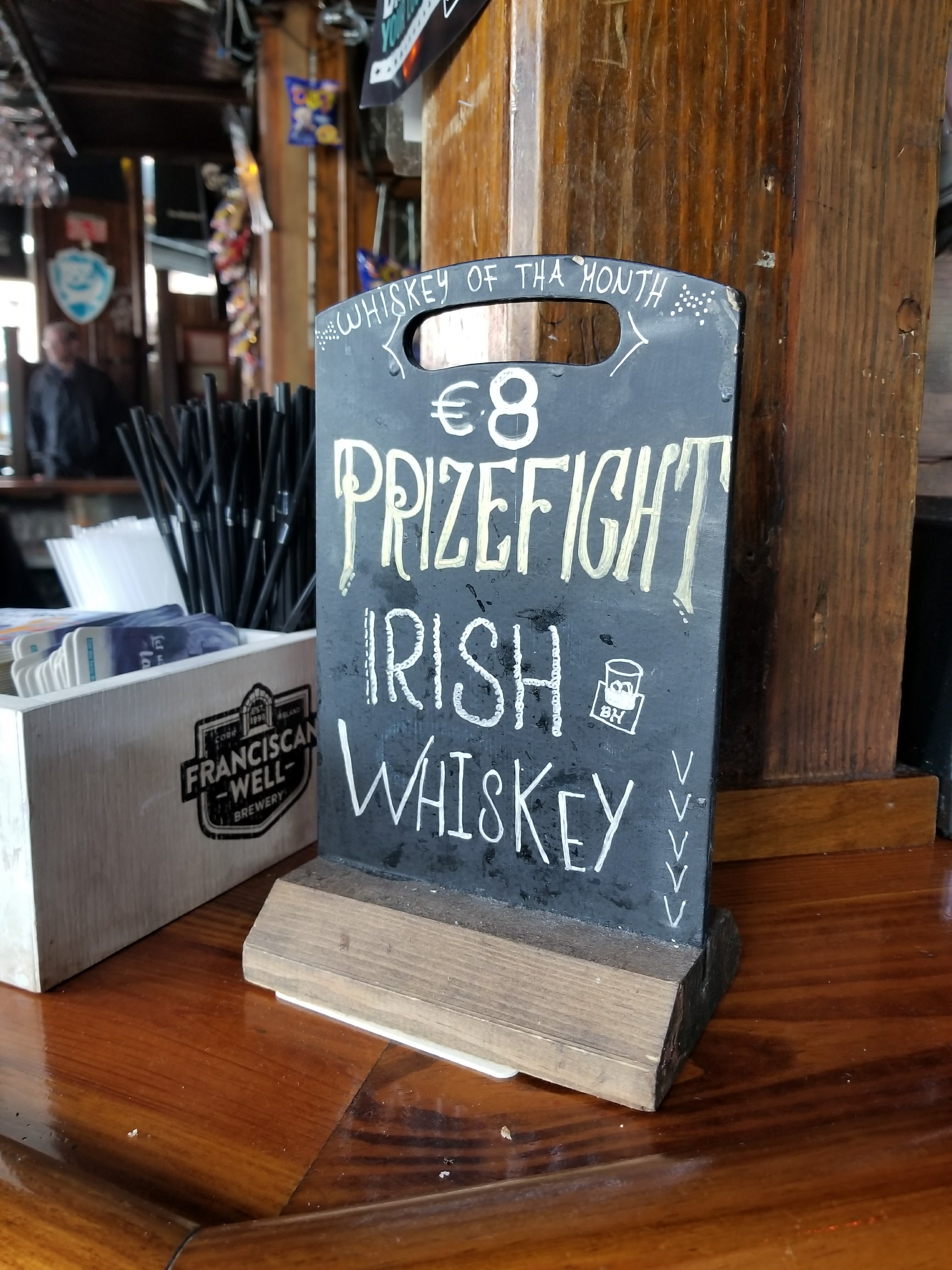 We took the DART train to the seaport village of Howth, ate raw oysters & rode a rickety little boat around an island swarming with seabirds and seals. We took a coach tour to Northern Ireland and saw the gleaming countryside and explored Giantâ€™s Causeway with a brief stop in beautiful Belfast. We spent an evening on a Guinness canal restaurant, sipping on wine while chugging slowly through what must be the worldâ€™s tiniest locks. 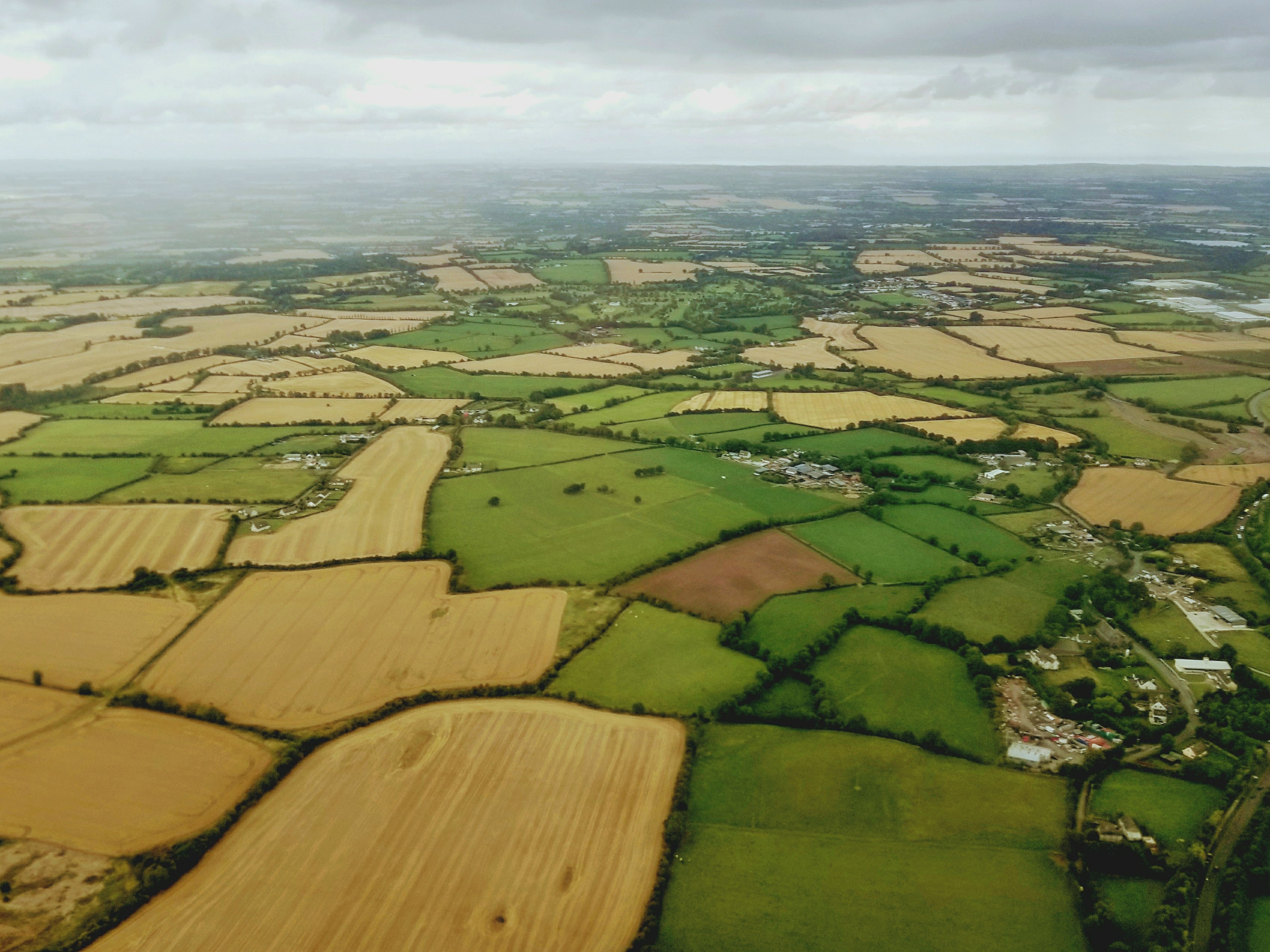 The natural beauty of Ireland is forever imprinted in my mind. Iâ€™ve never seen such well-kept and beautiful farmlands (I literally googled whether they have rubbish laws, because the countryside is that pristine â€“ and they in fact do, but a Dubliner told that me pride is really what keeps the place tidy). And Dublin is one of the most colorful, artsy, literary & jovial cities I’ve traveled to so far.

But my favorite experience in terms of satisfaction â€“ for fulfilling what travel is truly about and why I believe itâ€™s important to see the world, was that sincere hug from Ron on an evening when we werenâ€™t tourists, but simply people connecting through music, art and culture. People with shared dreams and goals who dare to hold out hope for this maddening-yet-wonderful and immense-yet-tiny, world.