Human Intervention in the Middle of Nowhere

Blood drips from the snakeâ€™s mouth and splatters in a semicircle on the hot asphalt. Heâ€™s coiled defensively in the road after being struck by a passing vehicle. The large gopher snake is hurt, angry, looking to blame, but he isnâ€™t going to kill me, even if he does manage to strike. He isnâ€™t venomous, and gopher snakes are constrictors.

I lift the hurt, hissing reptile with a walking stick and gently move him off the road. I stupidly say, â€œNow stay off the road,â€ like Iâ€™m talking to a Chihuahua. This partially paved road in deep southeastern Oregon is fairly well-traveled, but itâ€™s wide, and rarely do two cars ever pass. Iâ€™m hours from anyplace with real traffic. A four-inch-thick, five-foot-long snake warming himself in the midmorning sun is pretty tough to miss, even at high speed. I could spend the rest of my days dragging snakes off sunbaked highways and never save them all. But if he lives, heâ€™ll go on to dine on crop pests like gophers, mice, and rats that plague the farm and ranchlands. Heâ€™ll sink his teeth. Heâ€™ll slither. It will go on. 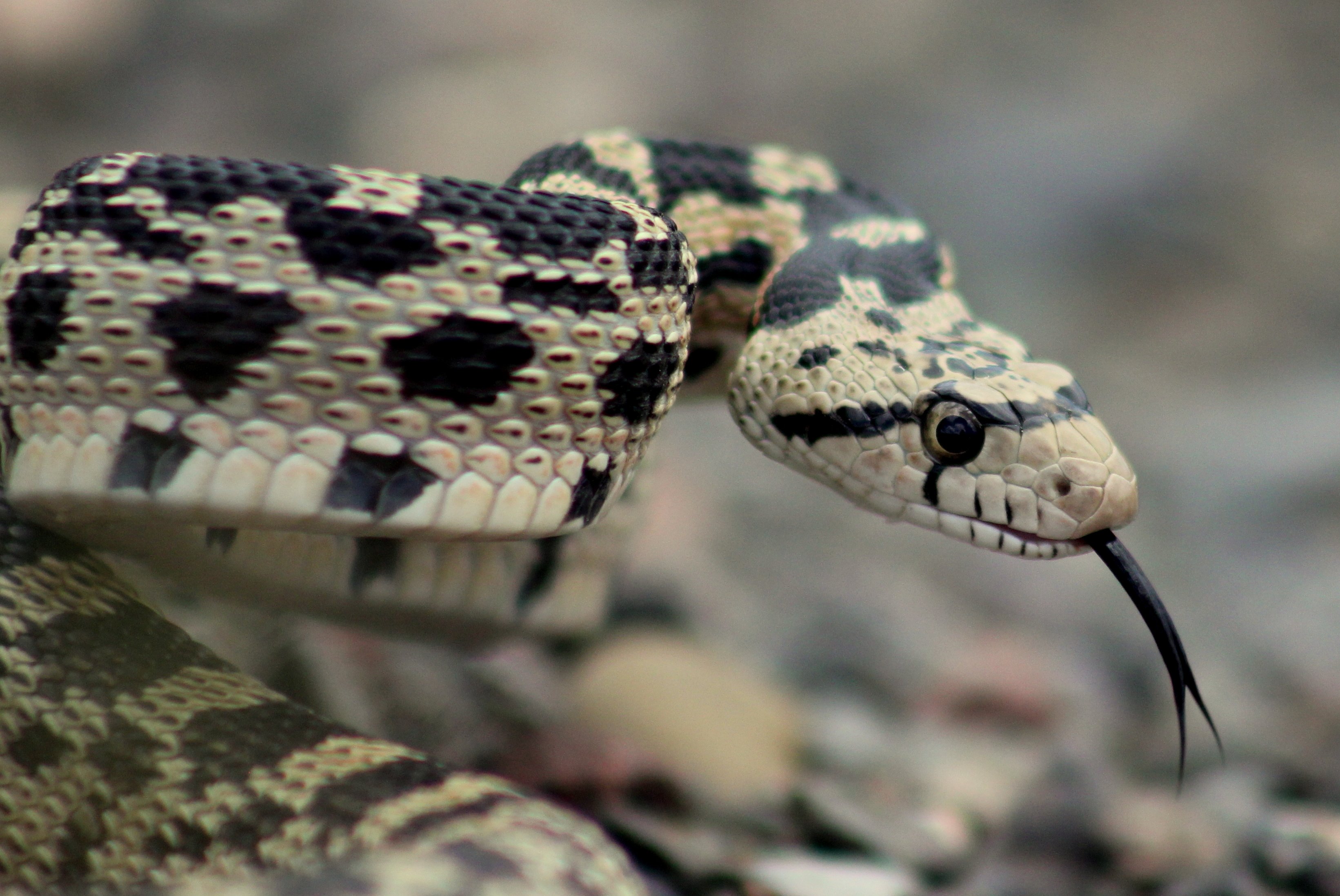 Out here, where there are more antelope than people, it seems the tailings of our rough-hewn human existence are more starkly evident than in other places. A ball of barbed wire from an old ranch left to rust in the middle of a nature preserve. A single bullet embedded in the dry alkaline lakebed. An abandoned stone house, its dirt floors now covered in cow manure left by wandering herds. A dead coyote lying in the ditch, his face blown off. A snake, haphazardly struck, its blood marking the road that will take me home. A sun-faded beer can, shot up for target practice and forgotten full of holes, twenty-five miles from the nearest trash can. 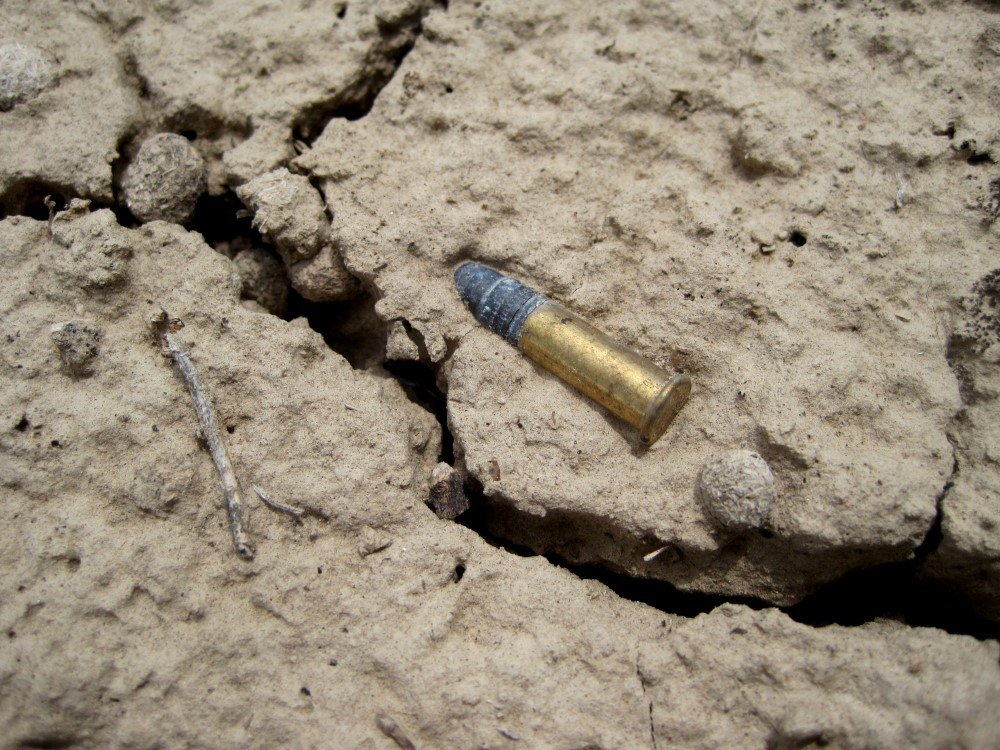 Near the barbed wire, two enormous iron tubs remain, where Chinese laborers worked a borax mine from 1892-1902. They worked for a dollar fifty per day, seven days a week, year-round, only two weeks off for the Chinese New Year. Miners mixed sulfuric acid and spring-heated lake water with crude borax from the lakebed and refined it into pure borax crystals. It was loaded in ninety-pound sacks and sent by mule train to Nevada. In ancient times, burak was mined in the Middle East and used to preserve mummies. 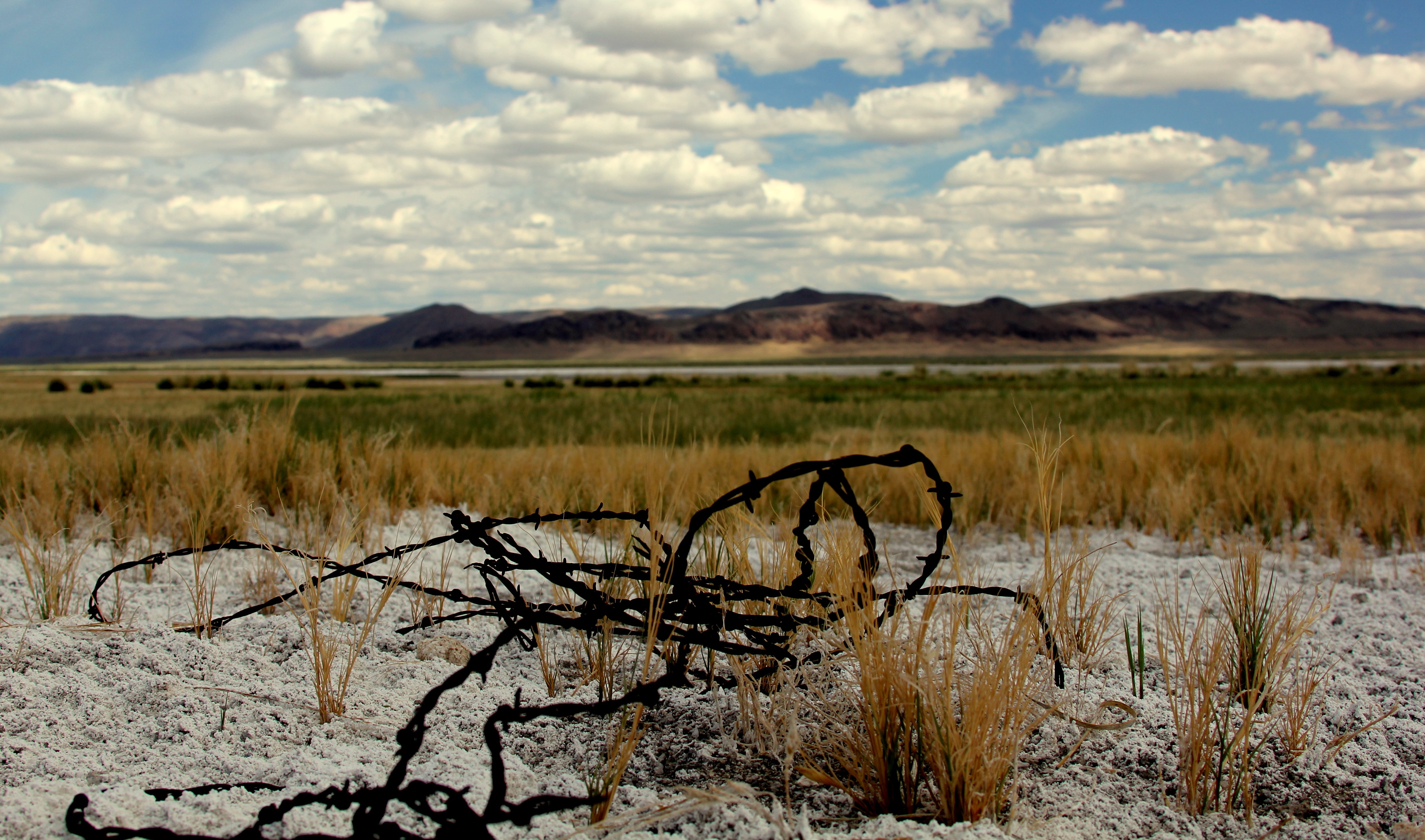 Itâ€™s also valuable as a detergent stabilizer, fertilizer, and weed killer, among other uses. Thick, white mineral crust crunches beneath my hiking boots as I walk along the shore, looking for migrating birds where mammoths once roamed and Chinese men once scooped so-called white gold into boiling vats. I consider how native grasses and fish are more precious here now, more valuable than minerals, how weâ€™ve evolved just enough to protect carefully selected pieces of the earth from our own destructive tendencies. 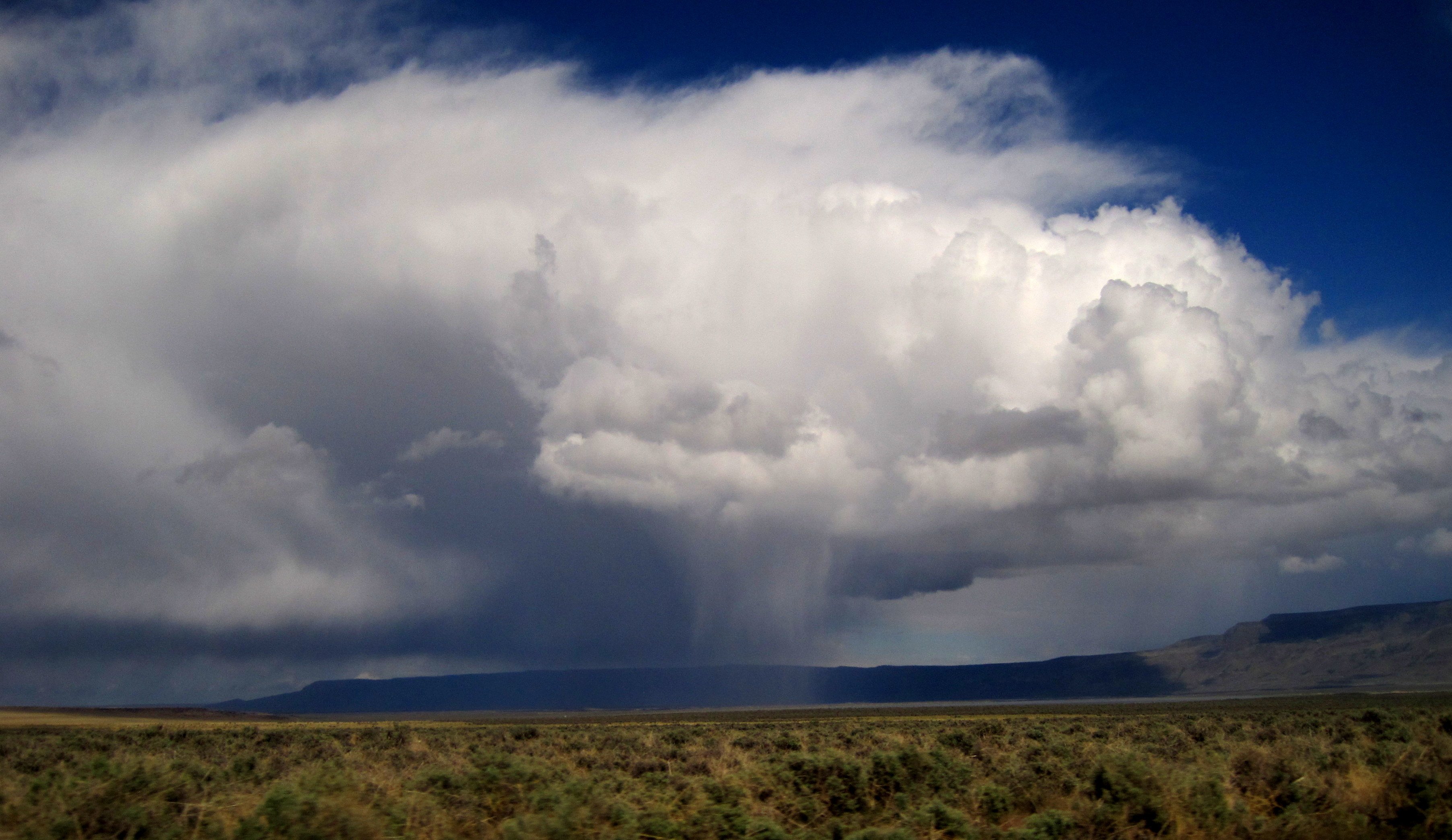 I stare at the bullet for a long time. How long will it take for it to succumb to weather and erosion and disappear into the playa forever? Fifty years? A hundred? Seeing it there, embedded in the dried lakebed, reminds me of the 10,000-year-old Pleistocene crescent tool I found nearby once, in a similar position, just as forgotten but a hundred times more permanent. There were mastodons here then and ancient horses. There were giant camels and woolly mammoths and other large game animals that wandered and grazed the immense grasslands and the soupy marshlands of the humid lake country. Native Americans lived in surrounding caves and fished from reed boats. The tiny, inch-long crescent, carved from chert, a type of quartz, was likely used to skin rabbit hides all that time ago. The rabbits now run from the sound of flying bullets, leaving not a single sign out here unscathed.

During breakfast at a cafÃ© in a town with a shot-up population sign that reads 15, I ask a cowboy about rabbit hunting. Heâ€™s sitting next to me at the counter, sopping up yolks with thick slices of buttered sourdough. I ask him about the pile of dead jackrabbits down the road. The stack of them rotting in the sun six feet high. A rancher sitting next to him is laughing about how easy it is to stun rabbits with spotlights at night. â€œWhy?â€ I say, probably annoying the hell out of them. â€œWhy just kill them and leave them?â€

The way the dripping yellow yolk balls up on the twisted ends of his mustache turns my stomach a little, but I canâ€™t look away. He continues chewing, silently. Then, without looking at me or putting his fork down, he says, â€œJackrabbits ainâ€™t no good. All they are is full of parasites.â€ 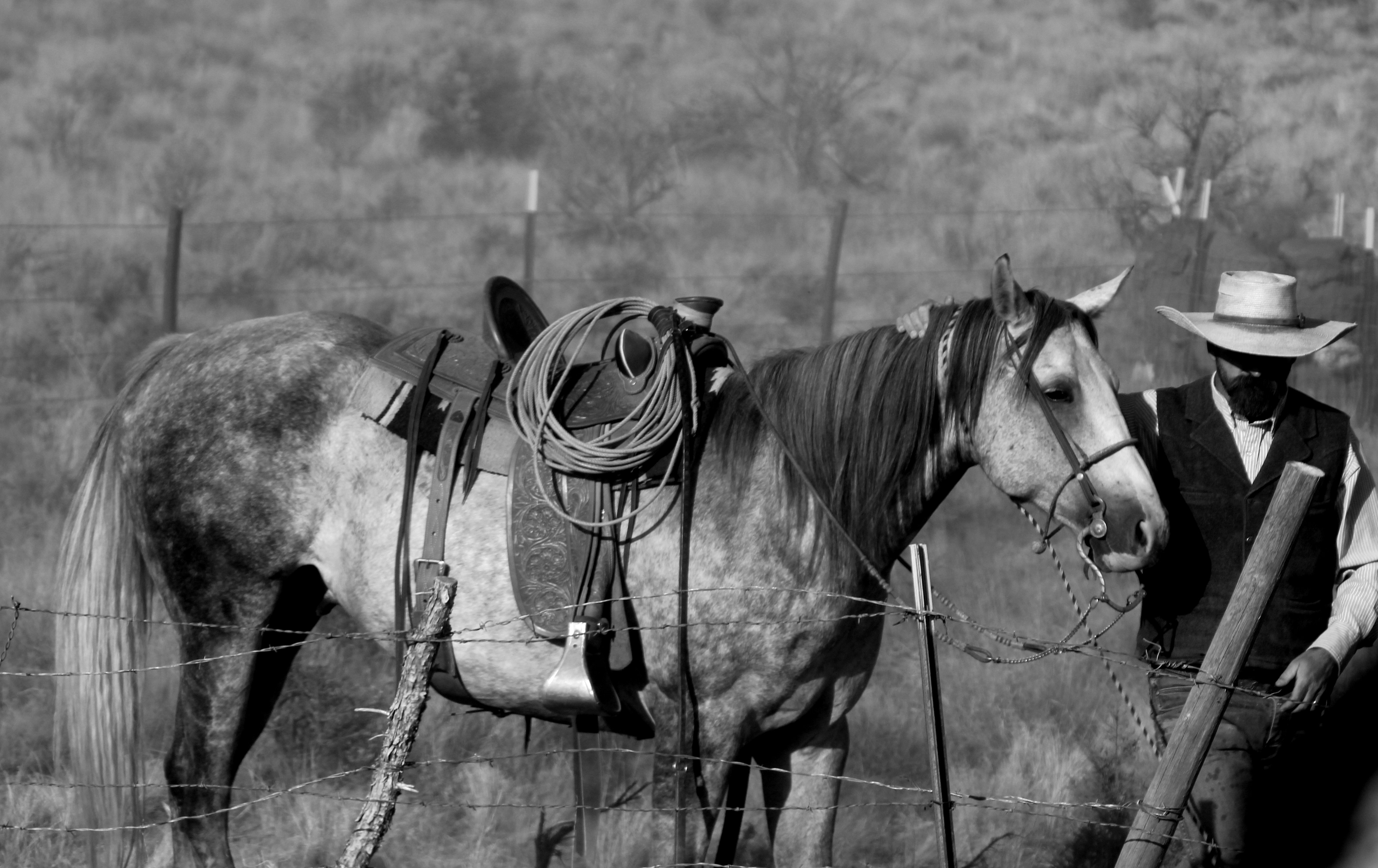 I think of the spent bullet, the barbed wire, rotting meat, stone crescent, borax tubs, stone houses, Pleistocene horses, reed boats, bloody snakes, empty skies. A coyote howls in the distance. Bacon sizzles on the grill. Somebody drops a dish in the back.

â€œJust because, then?â€ I say, pushing my fork around in my hash browns, feeling both awkward and strangely bold among these strangers.

â€œYep,â€ the cowboy says, tossing his dirty napkin onto his plate and wrapping thick, dirt-stained hands around his coffee mug. â€œThat, and some guys with guns and beer got bored, I guess.â€

After breakfast, I slip into the cottonwood thicket near the cafÃ©. A trail leads around a small pond. Quail scatter into the brush, topknots bobbing. A great-horned owl swoops in near silence from a branch. An old barbed wire fence sags at the edges of the grove. Now, in some places, fencing is being pulled by volunteers to open land for pronghorn herds and to protect birds like sage grouse from entanglement, even as shiny new strands of razor wire are raised at a prison expansion on the other side of the state, always keeping some out, putting others in. 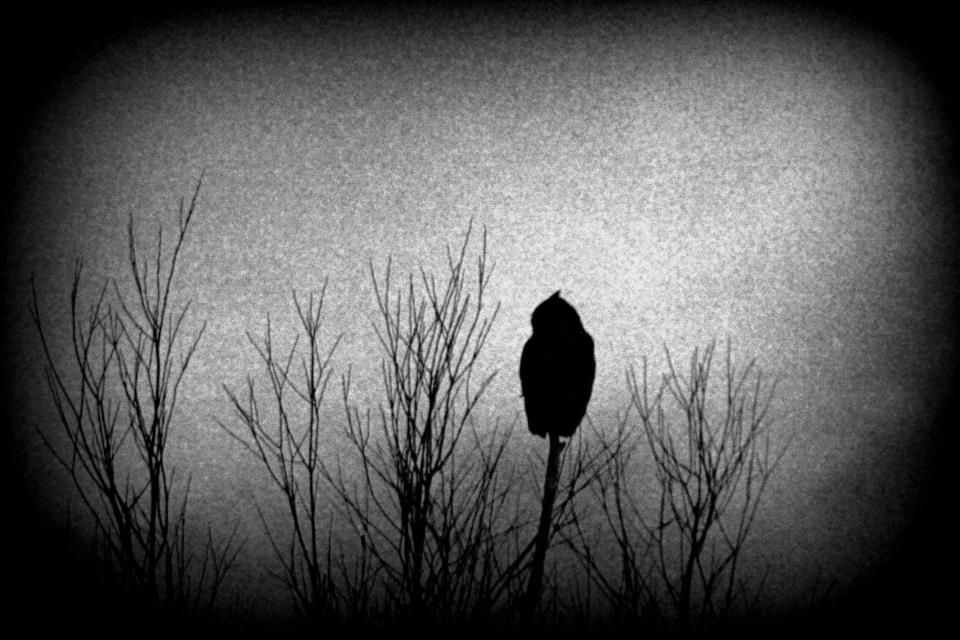