Gunnar Skjeseth deftly maneuvers his 11-meter high performance RIB (Rigid Inflatable Boat) through the rough swells out of the harbor at SvolvÃ¦r, Norway and slows at a series of rock outcroppings just offshore across the bay. He looks up towards the rocky ledges and whistles. Nothing. He whistles again, then throws a herring to the gulls. 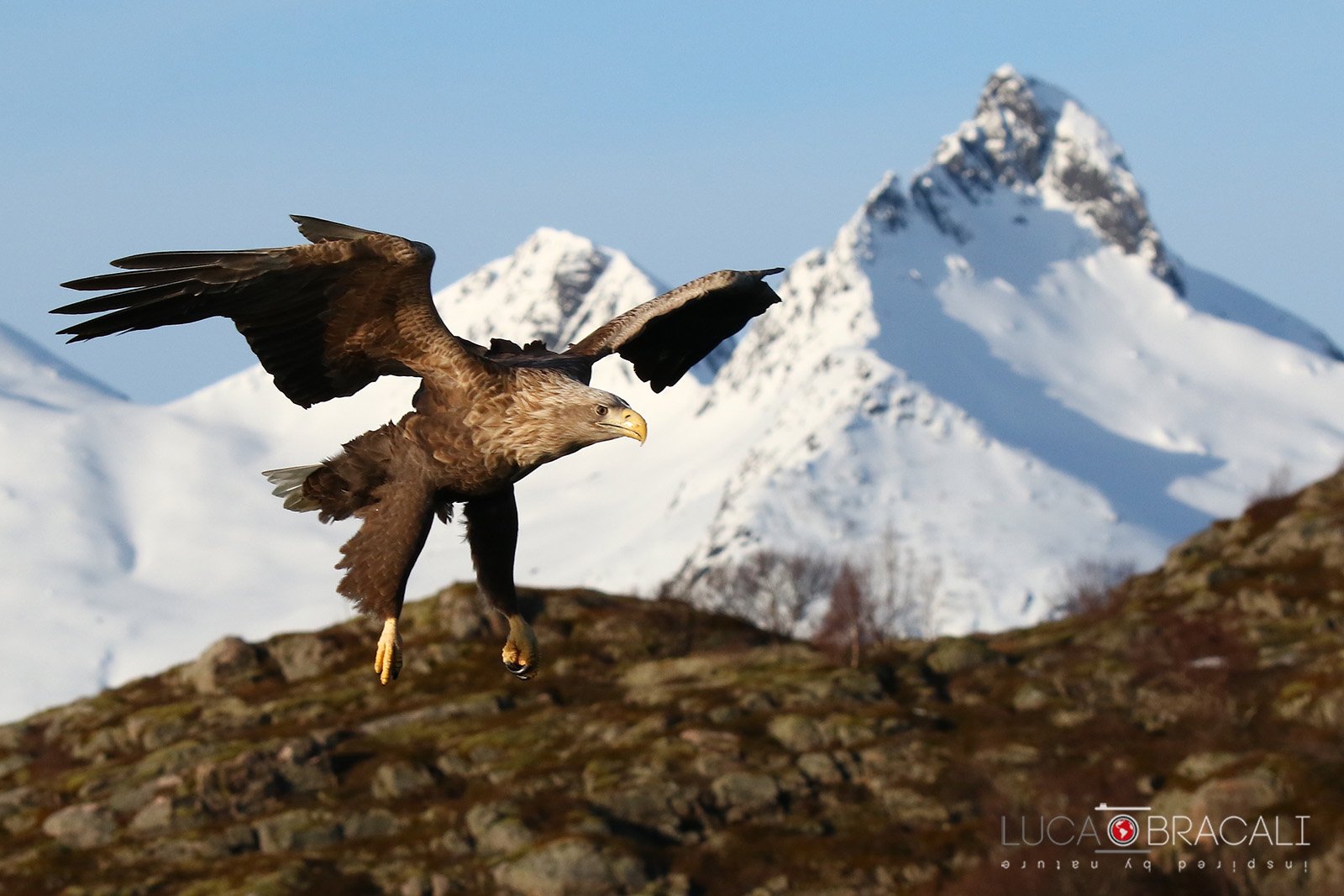 When the gulls start screaming, he said, the eagles pay even better attention.

I went out recently in a March gale in the Lofoten Islands with renowned Italian photojournalist, explorer and conservationist Luca Bracali, who has utilized Gunnarâ€™s services for years and touts the experience as not only one-of-a-kind, but extremely safe and reliable.

Sure enough, a white-tailed eagle begins circling high above the froth. The gulls continue to shriek and Gunnar tosses out another fish. The eagle, talons down, swoops in for an easy lunch. 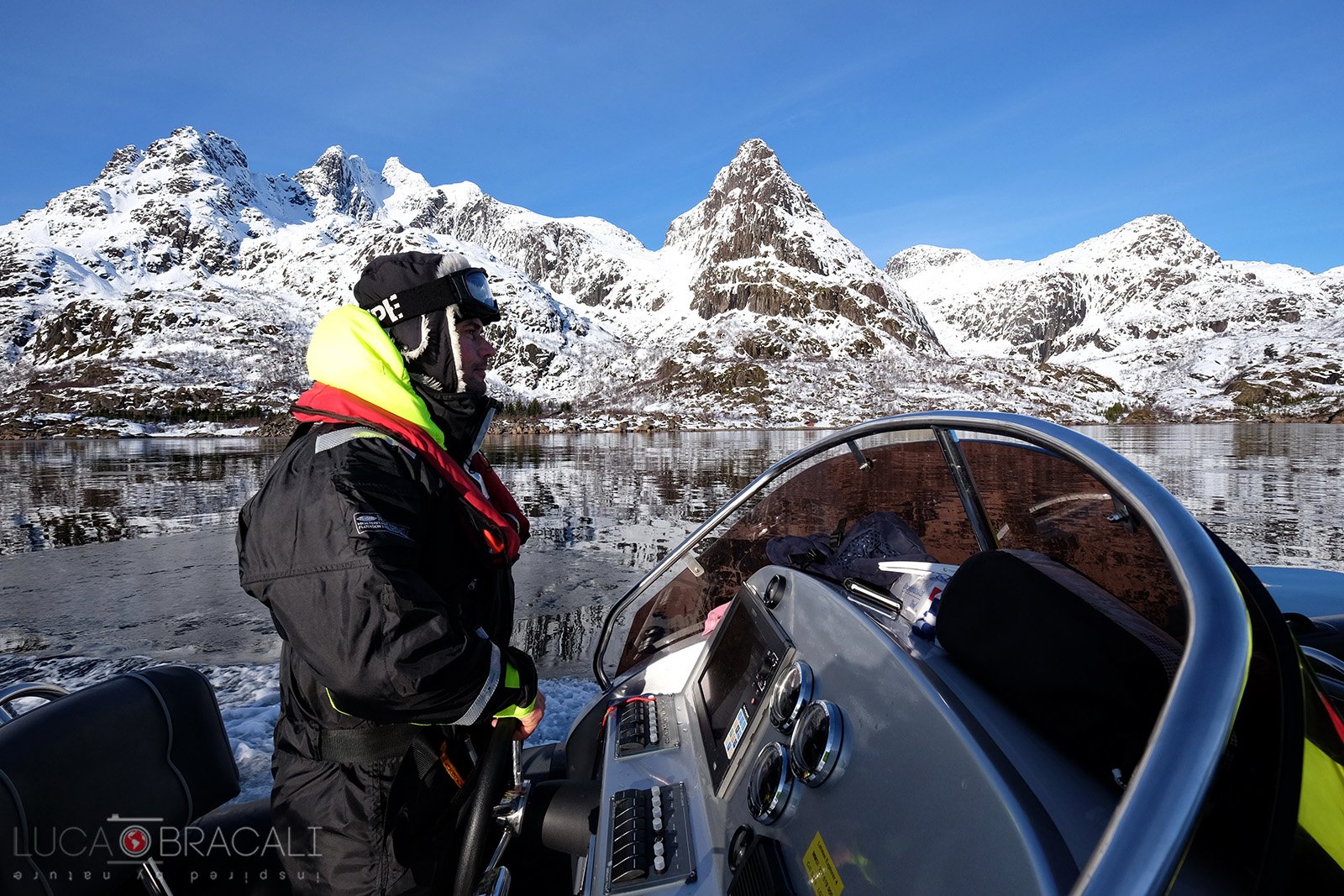 Gunnar, a SvolvÃ¦r native, bought his first boat as a young boy after saving money â€œcutting tongues,â€ a task once given mostly to village children that involves cutting out the cod â€œtongueâ€ (actually the gelatinous hyoid apparatus of the fish prized as a delicacy) as part of fish processing. But Gunnar, an industrious kid, worked hard and saved hard â€“ and managed to earn more than just pocket money. 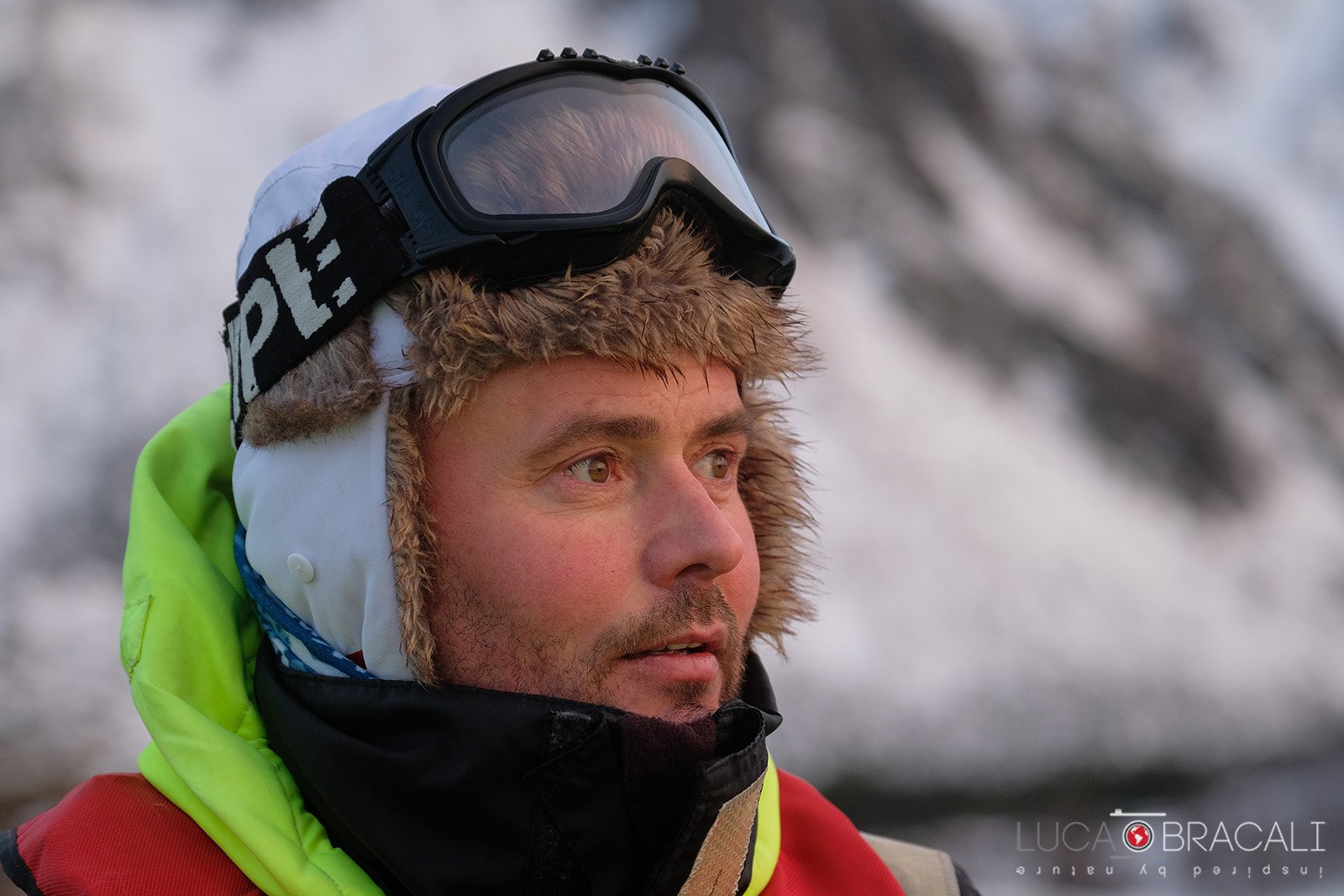 The SvolvÃ¦r native said the job is a little less common for young people these days (though there are plenty of cod heads to work) but back in the day, he made enough for his first prized boat. 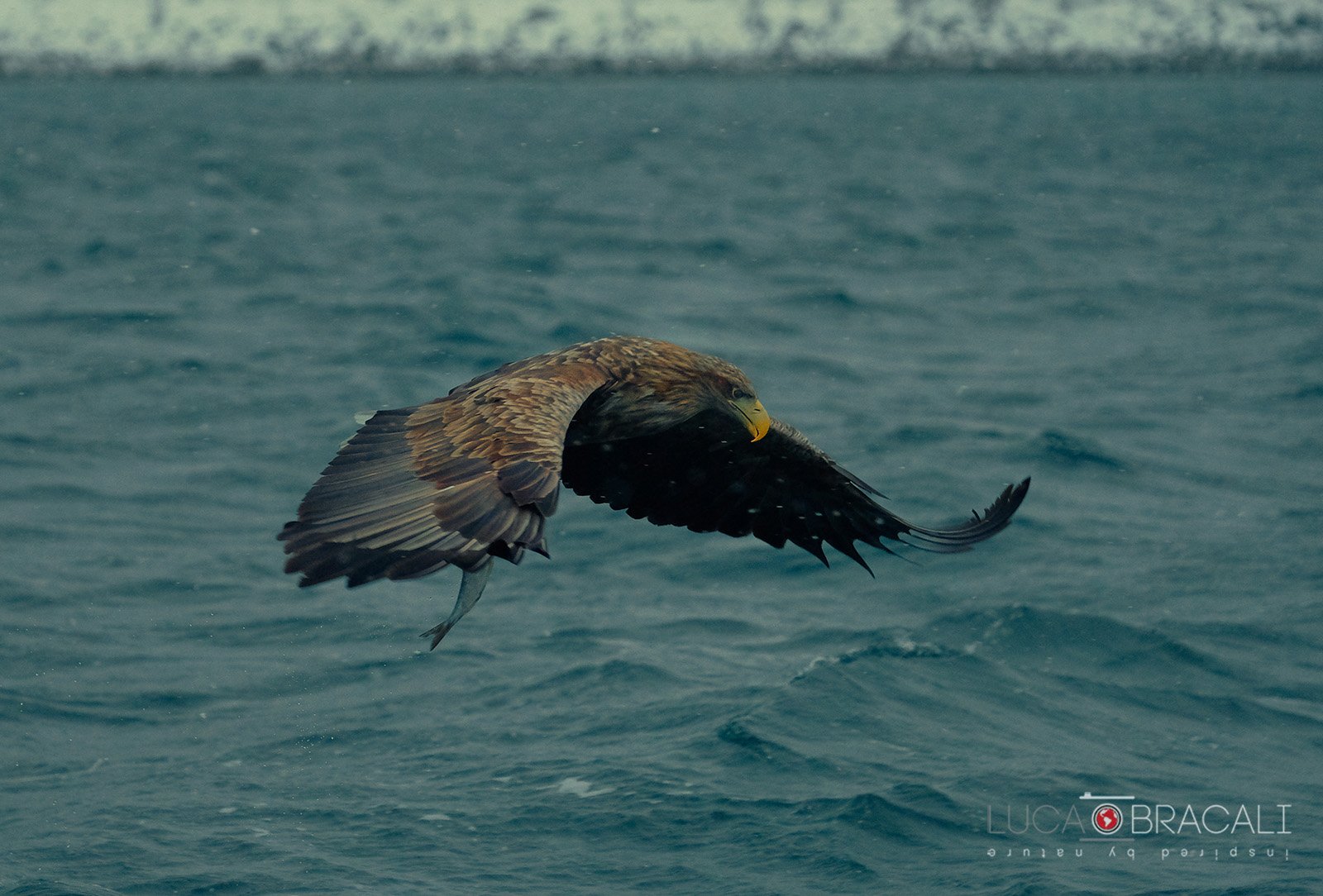 Over the years, Gunnarâ€™s boats got bigger and bigger. Now he utilizes his large, sturdy RIB year-round to take guests out on eagle safaris to witness and photograph the magnificence of the areaâ€™s native white-tailed eagles for themselves. In warmer months, his excursions include both eagle safaris and tours of the areaâ€™s pristine fjords.

Gunnar has led tours part-time for more than years. But he held on to his day job until five years ago when he finally took the plunge and expanded Lofoten Explorer to a full-time business. Tourism is thriving in the area, he said, and he now takes clients out every day, year-round (weather permitting). 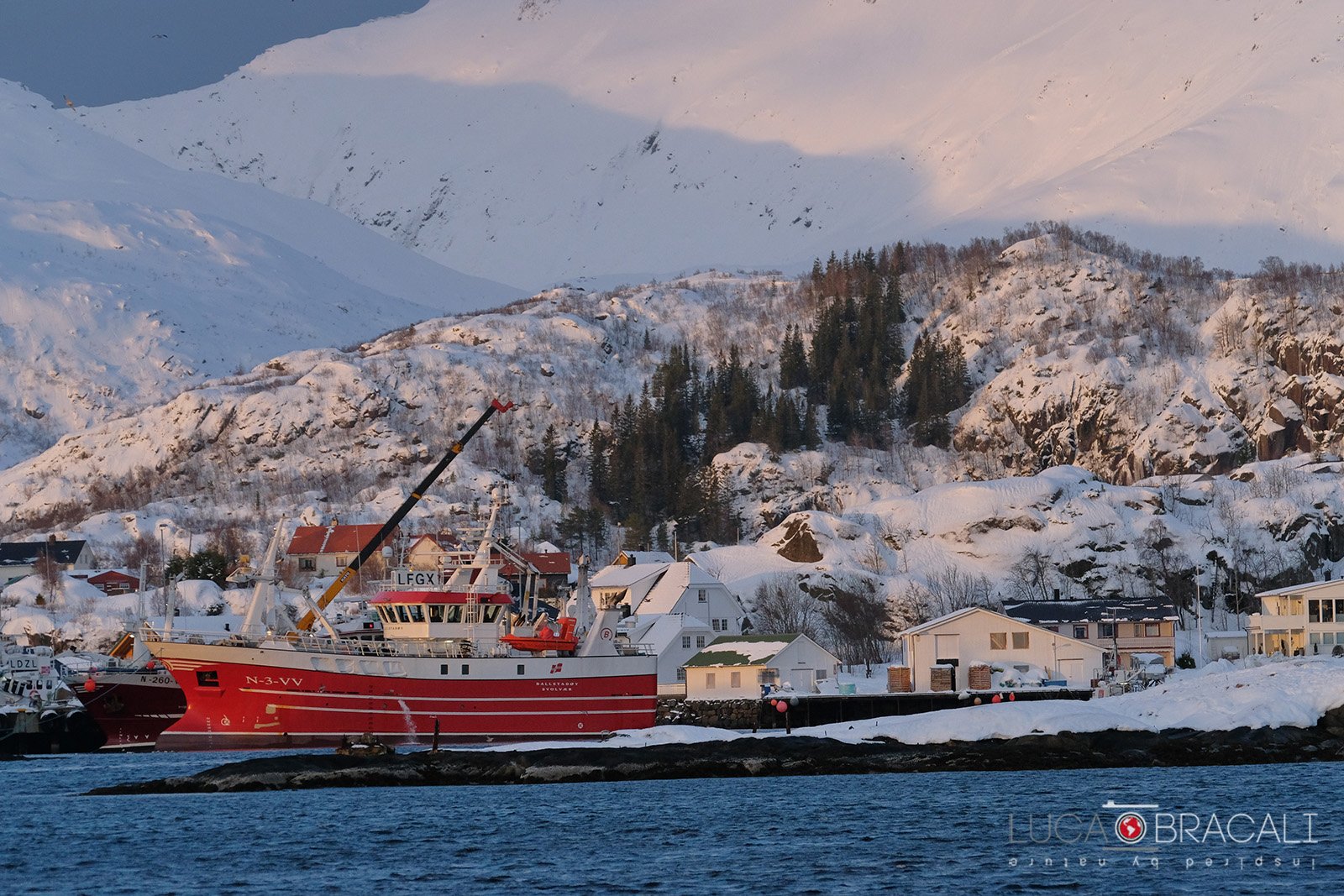 In the winter, the tourâ€™s main focus is the thriving white-tailed eagle population that hunt from rocky areas along the shore. He said Lofoten supports hundreds of eagles and the population is growing.

Throughout much of early human history, sea eagles were revered as sacred. In fact, their bones were found along with human remains in â€œTomb of the Eaglesâ€ a 5,000-year-old bronze age burial mound in Scotland on the Island of Orkney. In Croatia, white-tailed eagle talons were found with cut marks and are thought to have been used as jewelry by Neanderthal people.

From about 1800 to 1970, due to over-hunting and contamination, just like the bald eagles in North America, Europeâ€™s white-tailed eagle populations declined dramatically and became extinct in many areas. Intense recovery efforts began in the 1970s and since the 1980s, the population has steadily recovered. Wind turbines and poaching continue to threaten the birds, but recovery and re-introduction efforts continue and are proving successful. Gunnar said the Lofoten population is thriving and growing. 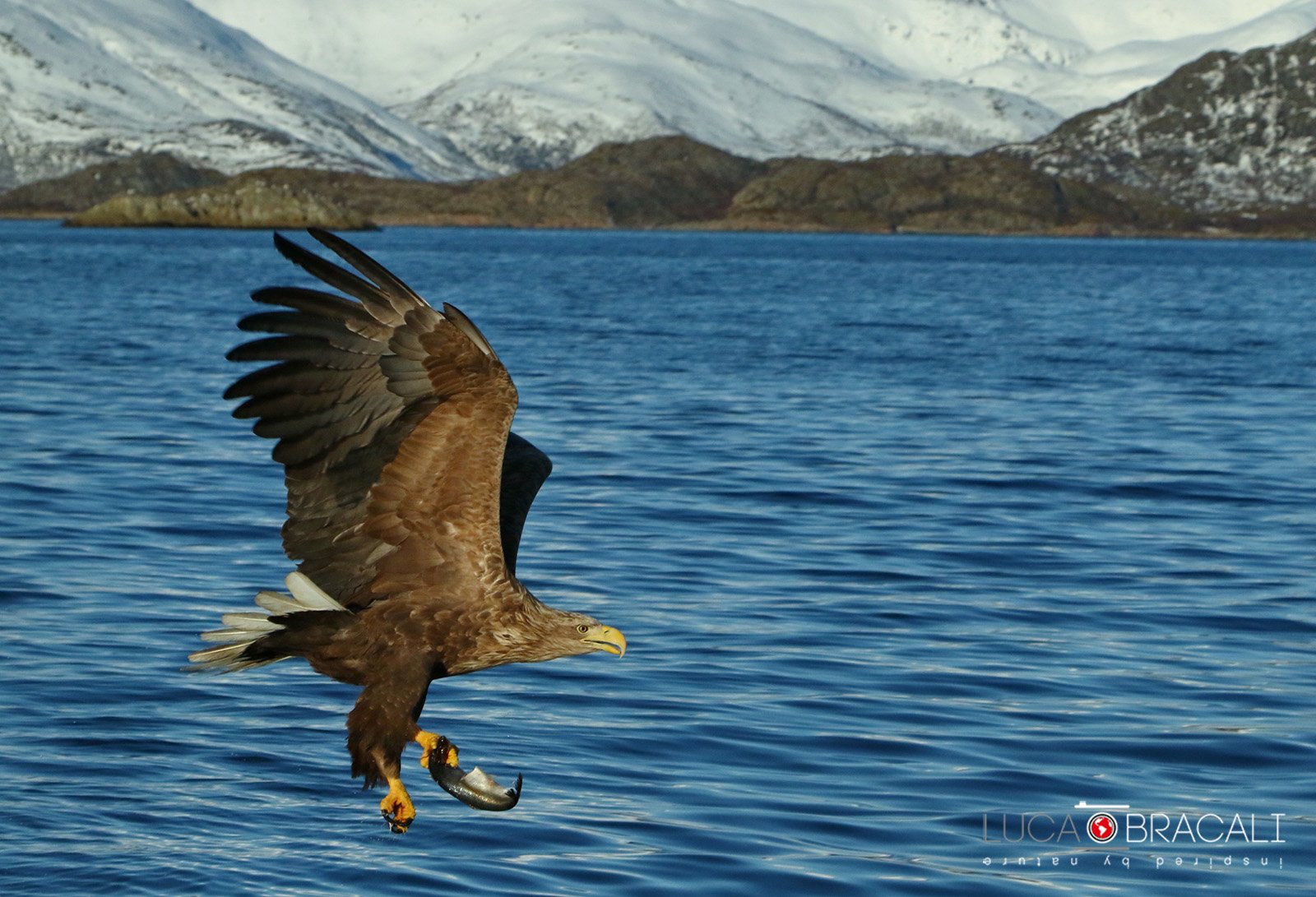 Now, thanks in part to Gunnarâ€™s efforts and hard work, people around the world have the once-in-a-lifetime opportunity to see these incredible birds up close in their beautiful natural habitat.

3 thoughts on “Experience of a Lifetime: Sea Eagles in Lofoten Archipelago!”