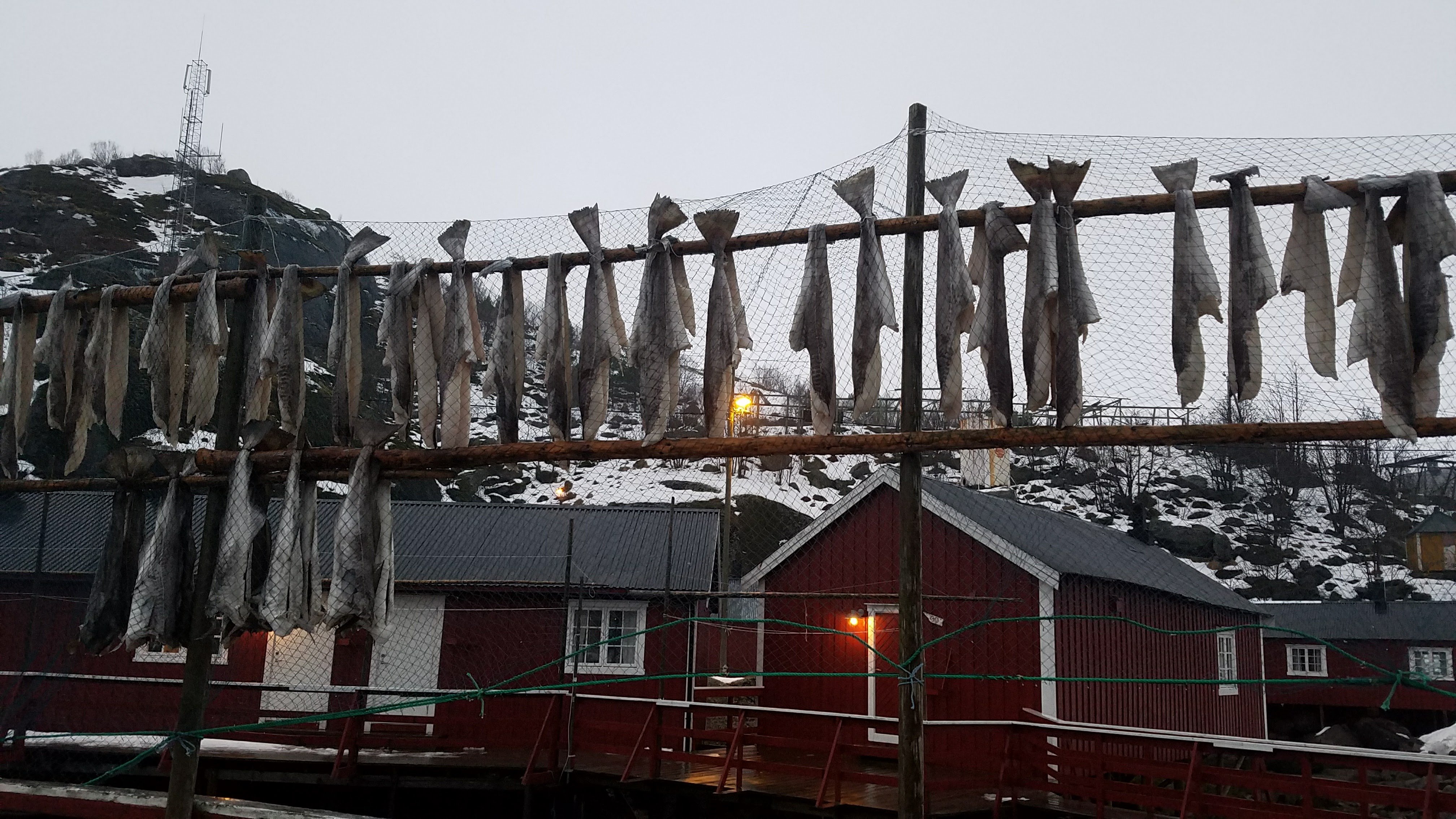 In Norwayâ€™s historic Lofoten Archipelago village of Nusfjord, strips of codfish strung on poles near the harbor flap in the arctic wind like prayer flags.

Here in the islands, cod caught during the run from the arctic’s Barents Sea to Lofoten spawning areas in late winter is still cold-air cured for â€œstockfishâ€ in the old way, on long wooden racks out in the open, as itâ€™s been done for more than a thousand years.

And despite the fact that tourists can now sleep in the traditional red cottages called Rorbu, meaning â€œlittle houseâ€ and commissioned by King Ã˜ystein in 1120 as lodging for Lofotenâ€™s fisherman, the cod fishery is alive and well. Now tourism and traditions go hand-in-hand with restaurants like HamnÃ¸yâ€™s Krambua serving expertly prepared regional seafood paired with other fresh, seasonal, local ingredients.

This week, Iâ€™ve been lodged in a Rorbu in HamnÃ¸y and in a rustic cabin in northern Lofoten called Sandsletta Camping, a third-generation property and Lofoten’s situated along a small fjord. The feeling throughout the archipelago (geographically located above the Arctic Circle) of being immersed in tradition and old world culture, yet perched precariously on the wild edge of the world, is as powerful as the arctic wind, towering mountains, and swirling auroras.

I already know that I wonâ€™t want to leaveâ€¦.and that I will return.

2 thoughts on “Perched on the Wild Edge of the World”