Italian photographer Luca Bracali, who I had the great honor of meeting during the Siena Art Photo Travel Festival and Siena International Photography Awards Contest in Siena, Italy late last month, just wrapped up his reportage of the annual polar bear migration through Churchill, Manitoba, Canada. 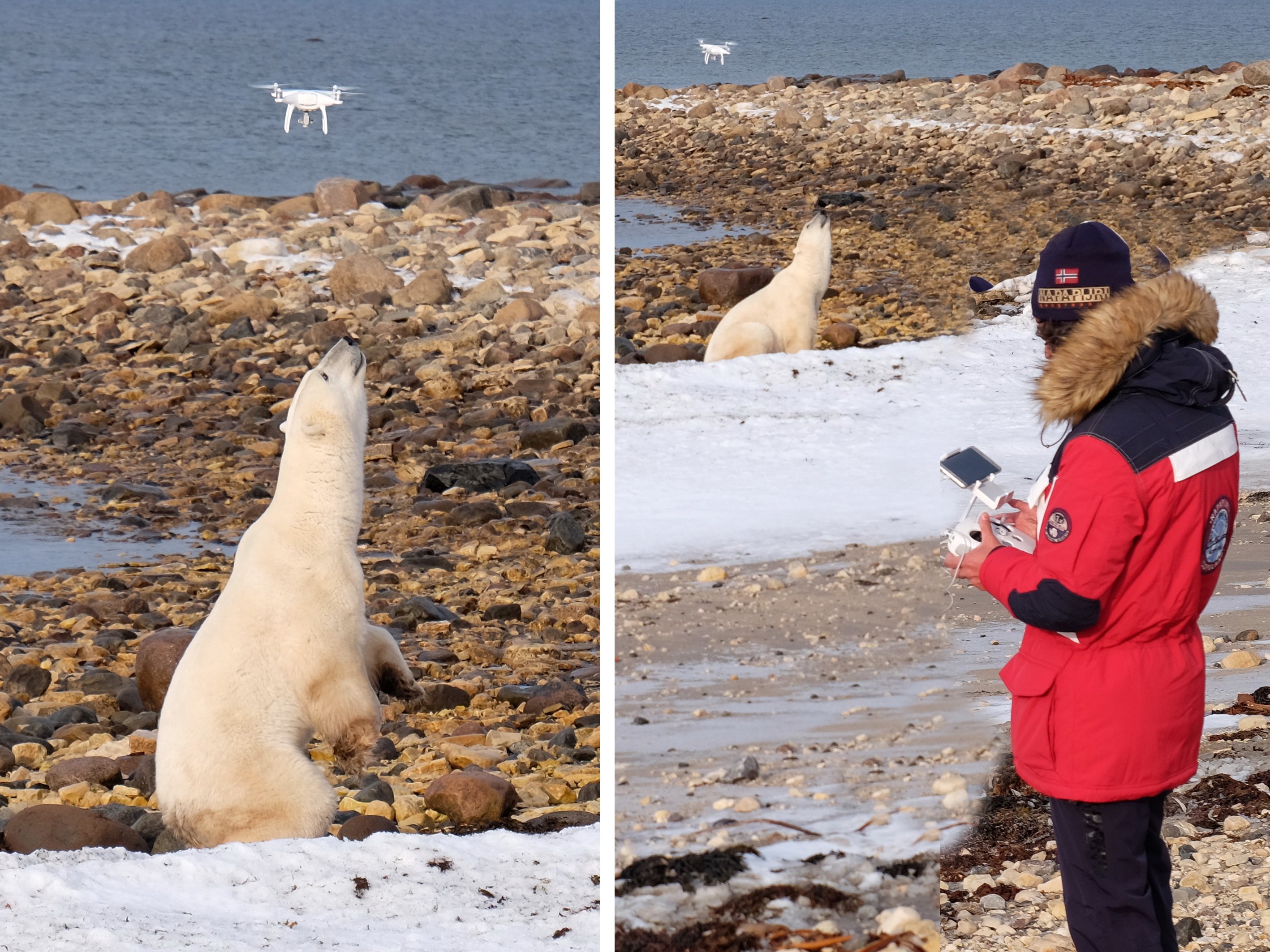 Above: Italian photographer and conservationist Luca Bracali raising the curiosity of a polar bear with his drone camera.

Bracali’s images and story are both beautiful and heartbreaking as the bears are struggling mightily in a quickly changing climate, turning to eating algae along the unfrozen shore of Hudson Bay and even eating dogs and their own kind in their effort to survive.

In fact, NASA reports that the first six months of 2016 is the warmest half-year on record globally.

“Each of the first six months of 2016 set a record as the warmest respective month globally in the modern temperature record, which dates to 1880,” according to scientists at NASA’s Goddard Institute for Space Studies (GISS) in New York. “The six-month period from January to June was also the planet’s warmest half-year on record, with an average temperature 1.3 degrees Celsius (2.4 degrees Fahrenheit) warmer than the late nineteenth century.”

In his National Geographic Italia article, Bracali writes that, [translated from Italian] â€œThe migration of the polar bears to Churchill happens every year in October and November, when the sea ice forms on Hudson Bay.

But the climatic changes have now reduced the period of freezing of the Bay, that constitutes a seal hunting base. The number of bears has decreased by about 22% in the last 30 years.â€