Take a stroll through the Portland State University (PSU) campus in downtown Portland, OR USA and you’re bound to come across “Farewell to Orpheus.” I was there yesterday, enjoyed seeing the fountain pool filled with fallen leaves, and wanted to know more about the statue’s history.

It was created by former PSU art professor Frederic Littman, a Hungarian-born and Paris educated artist, in 1968. Professor Littman, according to the Oregon Encyclopedia, “may have single-handedly revived the fine art of sculpture in Oregon. During the thirty years before his arrival in Portland in 1941, few active sculptors were working in the state. Through four decades of extensive public and private art commissions, teaching activities, and exhibitions, Littman left a towering artistic legacy to Oregon.”

The statue depicts Eurydice, the Greek oak nymph, a daughter of Apollo and married to Orpheus, the legendary musician and poet. The statue was installed in 1972â€“1973 as part of the South Park Blocks Urban Renewal Development Project. I also tracked down a photo of the 1975 dedication. 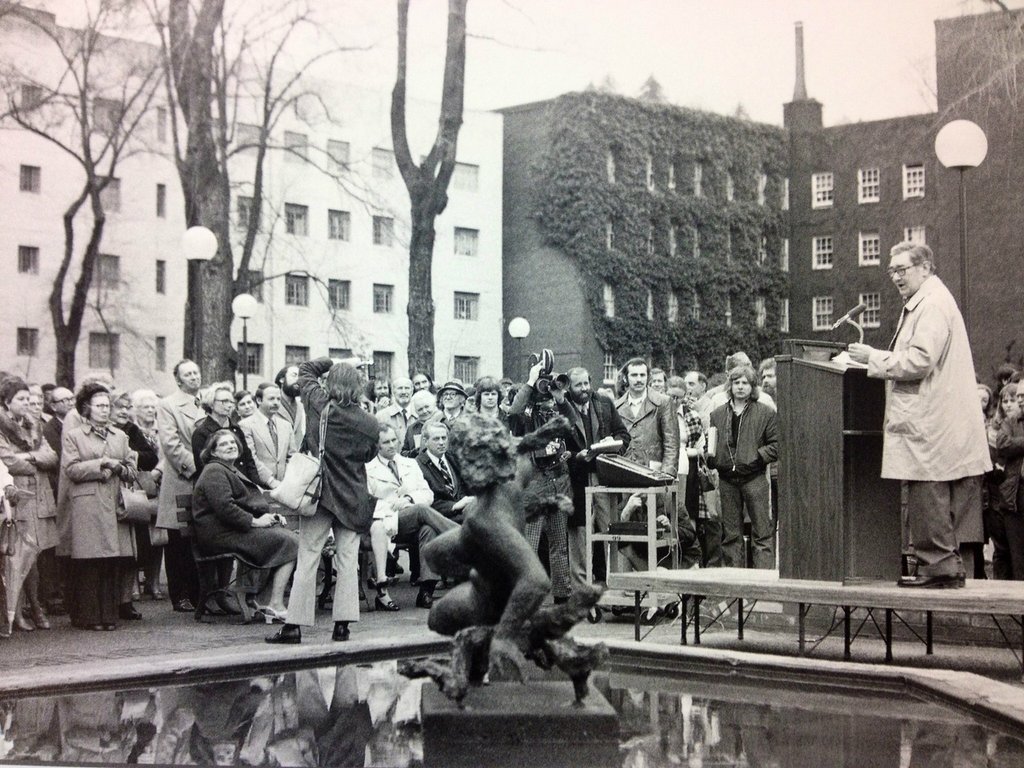 You can even listen to the dedication here: http://pdxscholar.library.pdx.edu/orspeakers/116/