I received some street photography advice recently to avoid “shooting from the hip” and to slow down and take more time to frame shots. On the other hand, in a workshop, we practiced shooting from the hip as a way to avoid disturbing the scene and capture life as it happens, without interjecting oneself into the surroundings.

I don’t always shoot from the hip, but admittedlyÂ enjoy using the technique in tight spaces, such as metro trains and street cars, quiet streets and sometimes in rougher neighborhoods I know might not be as camera-friendly.

So hip or not? For me, it depends. But I have rarely tried to mix close framing on the fly. Portraits aren’t as appealing to me. I’m fairly new to street photography, so I’m always looking for advice, opinions on techniques and ways to improve.

So I hit the street today, mindfully, with the intent to only use hip shots when necessary, not as a means of hiding.

Actually, it worked pretty well and my photo walk felt less hectic. As I went through Portland’s (Portland, Oregon USA) South Park Blocks, I saw a man I’ve seen many times playing the recorder on a bench. He was really into his music and I didn’t want to disturb him, but he also didn’t have a money cup out and I wanted to get a shot of him in action. So I quickly asked, pointing to my camera. He kind of looked at me like, “whatever”Â but didn’t say no and kept playing. I framed the shot quickly, thanked him and moved on and the moment was definitely more of a candid shot than a portrait.

I’ll keep playing with the mix and working on my skills. I’m interested in thoughts on technique out there and what works or doesn’t work for you. 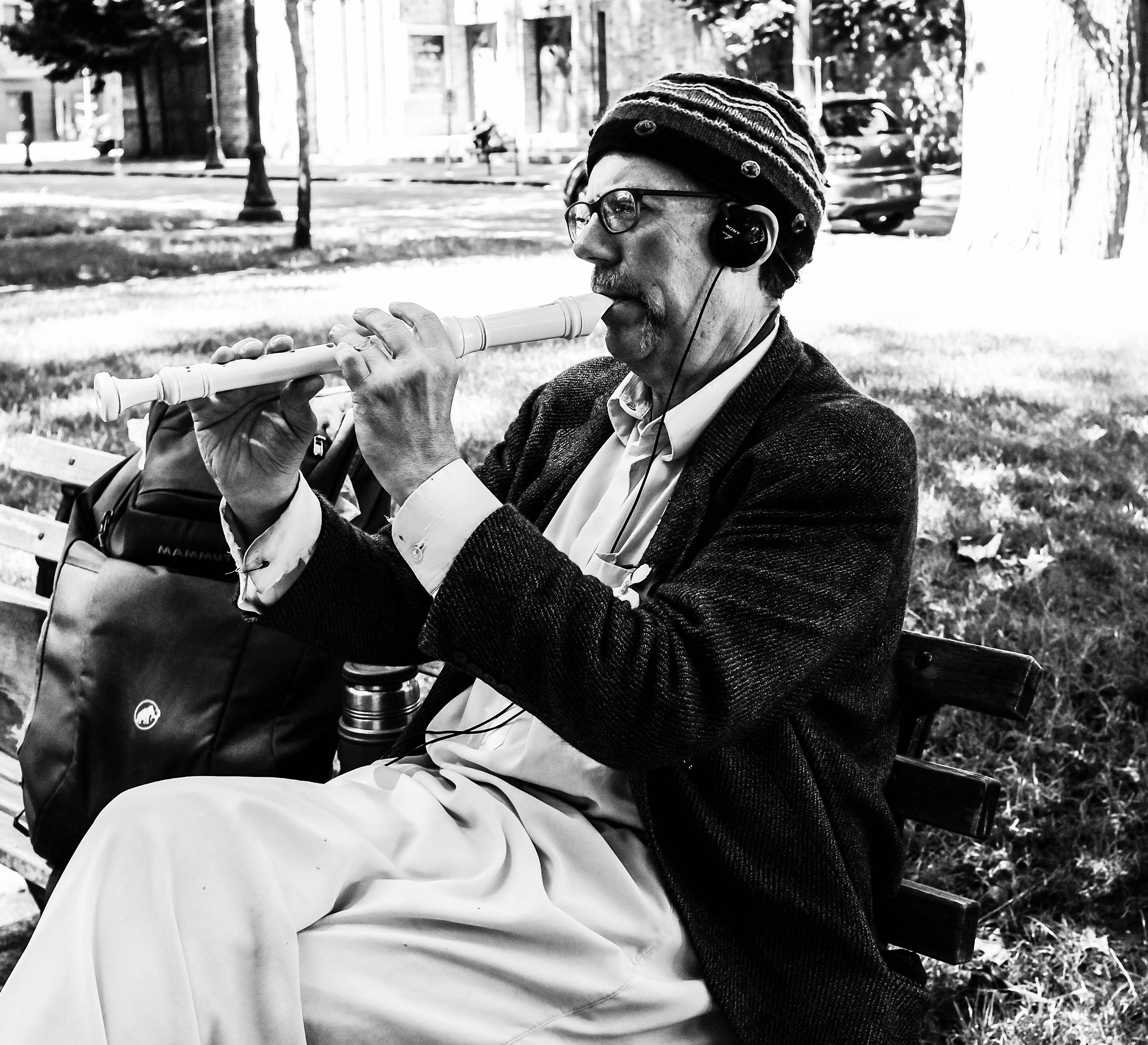 One thought on “From the Hip….or Not”